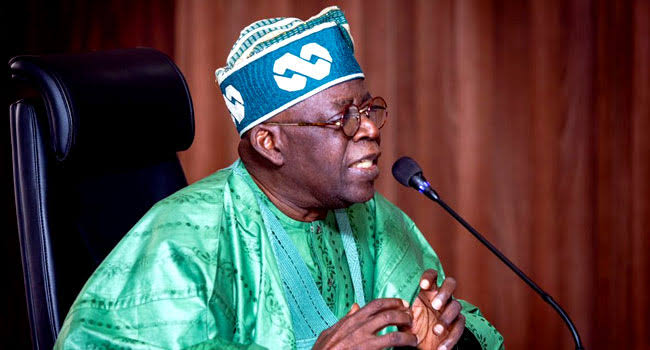 Ahead of the governorship election in Osun State, the All Progressives Congress, APC, presidential candidate, Bola Tinubu, on Tuesday has cursed at the Peoples Democratic Party, PDP, and Labour Party, LP, in the state.

Bola Tinubu said the PDP and Labour Party will labour In vain till death.

Governor of Osun State, Gboyega Oyetola is seeking to return to power for his second term, while Ademola Adeleke of the PDP is the front runner for the gubernatorial race.

LP has Lasun Yusuf as its governorship candidate.

However, Tinubu dismissed the possibility of PDP and LP giving the APC a stiff contest.

Speaking at the party’s mega rally, he described PDP and LP as “mushroom parties”.

He urged residents of Osun State to consider their future and vote for APC.

According to Tinubu: “I ask you to please do the same thing you did in Ekiti. Come out with your PVCs and vote massively for APC.

“The voting is now in your hand. Be very vigilant. Be watchful. You will not do it in vain.

“Think about your children and vote accordingly so you can see the future. Come out en masse. Don’t mind PDP and other mushroom parties — parties like Labour; they will labour till they die. God will not make you labourers.”