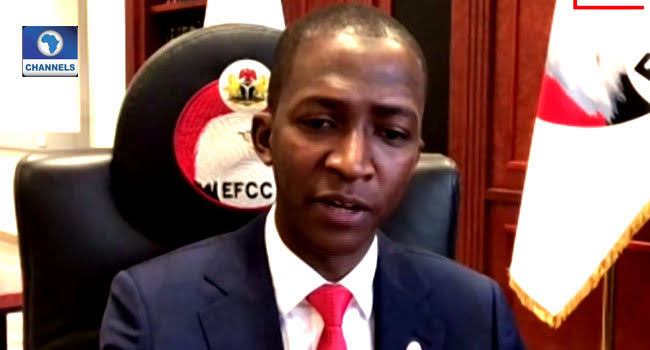 The Economic and Financial Crimes Commission (EFCC) has warned that it will arrest any Nigerians stockpiling and hoarding forex as authorities activates desperate measures to salvage tumbling economy.

DAILYGUSTHUB gathered that the chairman of the anti-graft agency, Abdulrasheed Bawa, issued the the thre@t while meeting with representatives of Bureau De Change operators in Abuja on Friday, saying the agency had intelligence that Nigerians stockpiling foreign currency.

He warned that the agency would not hesitate to arrest anyone found guilty of the crime. “The Commission has intelligence linking some persons and organisations to hoarding foreign currencies, especially the United States dollars, in key commercial cities of Kano, Lagos, Port Harcourt, Enugu and Calabar. We warn those involved to desist or risk arrest as a major offensive against the speculators is underway,” he said.