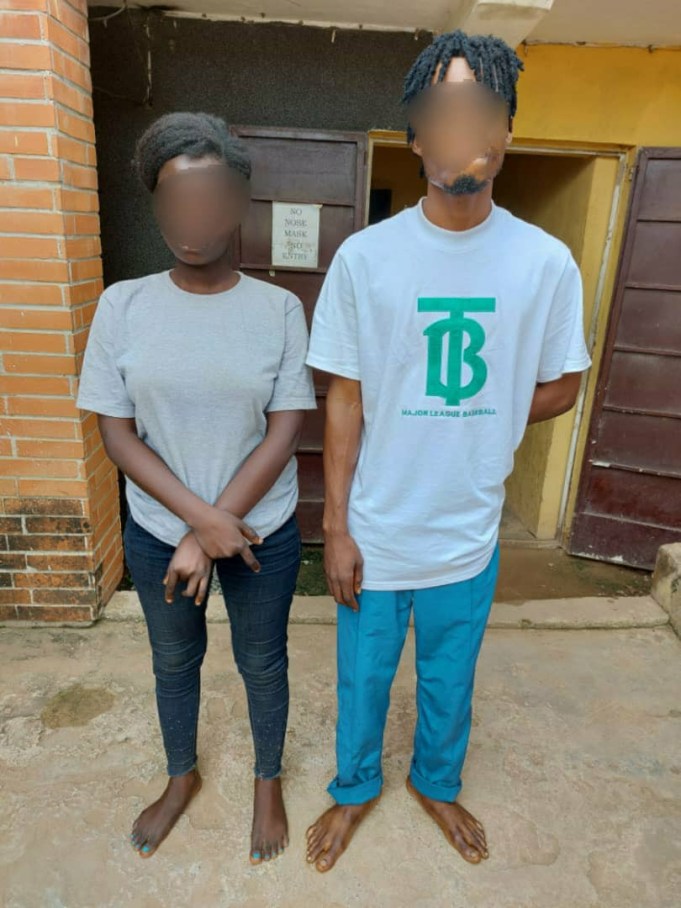 The state police command’s spokesperson, DSP Abimbola Oyeyemi, who confirmed the arrest, said the suspects, Ibikunle Opeyemi “F” and Kadiri Jamiu “M,” were arrested following a distress call received by policemen at Aregbe divisional headquarters, that two men dressed in military camouflage, accompanied by a woman, invaded the church while the pastor was preaching at about 8 pm on Wednesday, July 13.

DAILYGISTHUB gathered that they forcefully dragged the pastor out of the church and took him away to an unknown destination.

“Not quite long after taken the pastor away, the invaders called to demand for certain amount of money as ransom.

Upon the distress call, the DPO Aregbe division, CSP Ikechukwu Gabriel and his detectives quickly embarked on technical and intelligence based investigation and discovered that the suspects were hiding somewhere around Adigbe area of Abeokuta.

The DPO and his men in conjunction with men of Adigbe division stormed the hideout where the Pastor was rescued and two of the suspects were arrested, while
the two men in military camouflage escaped .

On interrogation, the woman amongst them claimed to have been in business relationship with the pastor, and that the Pastor cheated her in the course of the business which made her to contact the three men to kidnap the Pastor in order to teach him lesson.” Oyeyemi said.

Speaking further, Oyeyemi noted that the state Commissioner of Police, CP Lanre Bankole, has ordered the immediate transfer of the suspects to anti kidnapping unit of the state criminal investigation department for discreet investigation