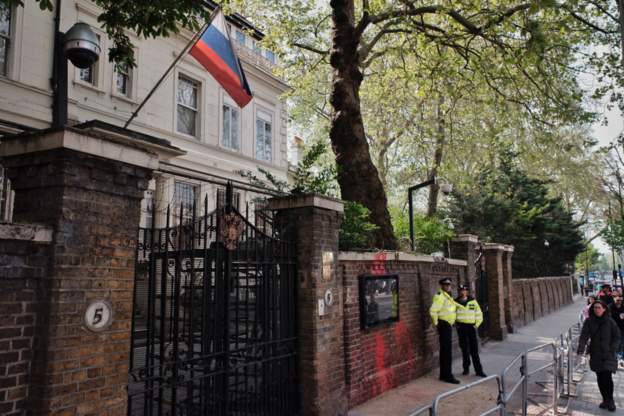 Russia has said it has no plans to close its embassies around Europe in retaliation for measures the West has imposed on it over its actions in Ukraine, Russian media reported.

“This is not in our tradition,” Deputy Foreign Minister Alexander Grushko told the state-owned news agency RIA.

“Therefore, we believe that the work of diplomatic representative offices is important.”

Western nations have imposed a range of punitive measures – including sanctioning key Russian officials, freezing the assets of the Russian central bank, and banning Russian oil imports – to push Moscow to end its military offensive in Ukraine.

On Monday, Russia’s ambassador to Poland was pelted with what appeared to be red paint by people protesting against the war. He was prevented from laying flowers at a Soviet cemetery in Warsaw to commemorate the 77th anniversary of the victory over Nazi Germany in World War Two.

Russia responded by sending a strongly-worded protest note to Poland.