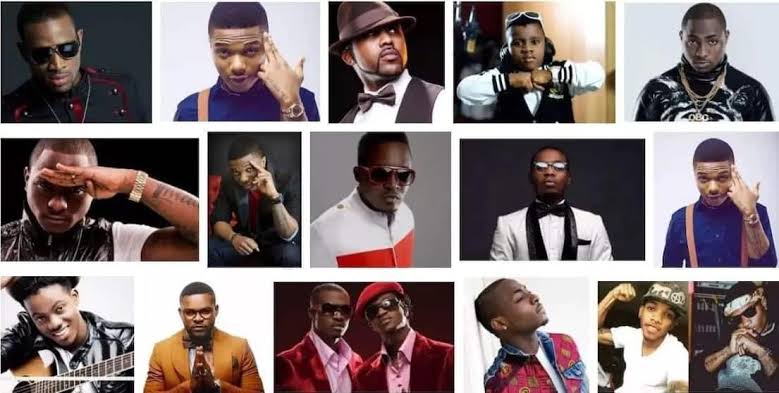 Music lovers in Nigeria have numerous topics they argue about when it comes to their favorite artists , and knowing just how much they earn and their networth is the center of their argument.

As much as fans understand that most of these artists make their money from music, ambassador deals etc, some are still in awe of how one person could stack up so much all in the name of being in the music industry.

Most people argue that most musicians are into other illegal businesses and believe that they make their money through these means.

However These searches come up frequently on the internet, and to ease your stress, DAILYGISTHUB decided to put this list together, to give you an insight into the lives of some of Nigeria’s richest musicians.

Popular Nigerian singer, songwriter and record label owner David Adeleke popularly known as Davido is of no doubt the richest musician in Nigeria with a stunning Net-worth of $40million.

The US born Nigerian was born on November 21, 1992 in Atlanta Georgia to Veronica and Adedeji Adeleke

Wizkid came into limelight when he release his hit song titled “Holla at Your Boy”  in 2010 and ever since then the multi millionaire singer has been releasing more song that has dominated the entertainment industry. He is currently the highest paid Nigerian artist.

Research shows that his mother happens to be a princess in Umuahia and his father is from the Isoko tribe in delta state. He currently owned one of the largest record label in Nigeria.

The “Odogwu” crooner recently recorded massive success with “Last last,” his first single from his upcoming sixth studio album ‘Love, Damini’; which debuted at number 1 on the UK Afrobeats chart.

Burna Boy is the first artist in the world with two hits to peak at number 1 on the chart.

An indigene of Benue State, 2Face has become one of Nigeria’s legendary Afropop artists.

Tuface Idibia began his career with the Plantashun Boiz group, after which he went solo. The African Queen crooner was signed to Kenni’s Music, and it was there he released his first music album, ‘African Queen.’

African Queen was the song that brought him to prominence in 2004. Since then, 2Face has consistently made his mark in the industry with other hits such as ‘Amaka,’ ‘Oyi,’ etc.

He is also a recipient of 70 awards, including; the MTV Music Awards, Headies, and BET Awards.