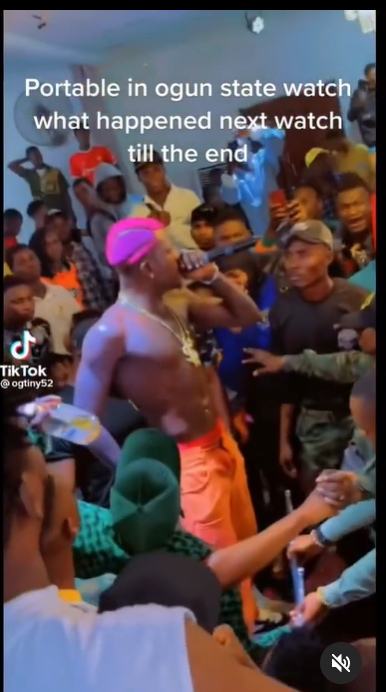 Popular Nigerian singer and self acclaimed “werey olorin” Habeeb Okikiola, popularly known as portable, allegedly got into a fight during a recent performance in Ogun State.

DAILYGISTHUB gathered that , the singer performed at an event that reportedly ended in chaos  that portable allegedly provoked.

An alleged witness who shared the video which showed the state of the event center in Ogun state after the alleged chaos captioned it, “Portable in Ogun State; watch what happened next. Na fight end am, everybody japa; weyrey done scatter show by himself.”

In the video, chairs were seen destroyed and scattered at the event center.