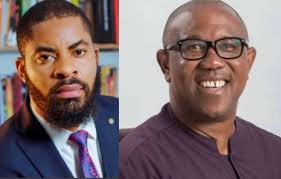 The presidential candidate of the labour party, Peter Obi has been criticized over the attitude of his followers.

Deji Adeyanju anchored his claim on the allegation that Obi’s followers are issuing death threats to Nigerians.

In a tweet, he lamented that Obi’s followers are intolerant of the opposition, adding that they are sponsoring fake news, lies, and propaganda against those with contrary opinion.

According to Adeyanju: “Peter Obi is breeding terrorists in the name of running for president.

“People who threaten fellow citizens with death in the name of politics then proceed to insult those who criticize their action and also double down with more propaganda, lies and fake news.”