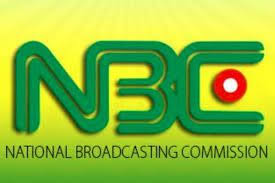 The National Broadcasting Commission (NBC) stated that  it has revoked the broadcast licences of Silverbird TV, AIT, Raypower FM, and Rhythm FM amongst others.

The Director-General of the NBC, Mallam Balarabe Shehu, who disclosed this in a statement on Friday, said the development followed the failure of the media houses to renew their broadcast licences.

He also directed its state offices to liaise with security agencies to ensure the shut down of the operation of the stations within the next 24 hours.

According to the statement, the broadcast regulator had published lists of stations yet to renew their licences three months ago.

The commission said, despite the publication, “some licensees are yet to pay their outstanding debts, in contravention of the National Broadcasting Commission Act CAP N11, Laws of the Federation of Nigeria, 2004, particularly section 10(a) of the third schedule of the Act.

“Therefore, after due consideration, NBC hereby announces the revocation of the licenses of the…stations and gives them 24 hours to shut down their operations.

“Our offices nationwide are hereby directed to collaborate with security agencies to ensure immediate compliance.”