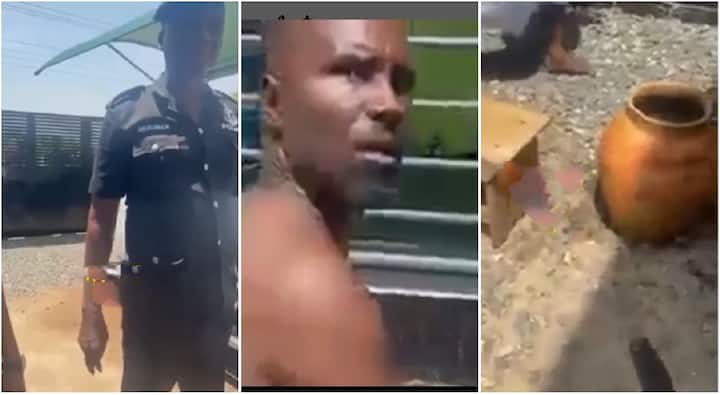 A Ghanaian man went to see a herbalist that he wanted to use his daughter for money rituals, according to a video circulating on social media. However, the native doctor was not interested in doing the shoddy job given to him as he promptly invited the police and asked them to arrest his client.

The man was said to have come for money rituals but the viral video shows police entering the herbalist home and arresting the man.

The dad was handcuffed by the police just as social media users are applauding the native doctor for his action.