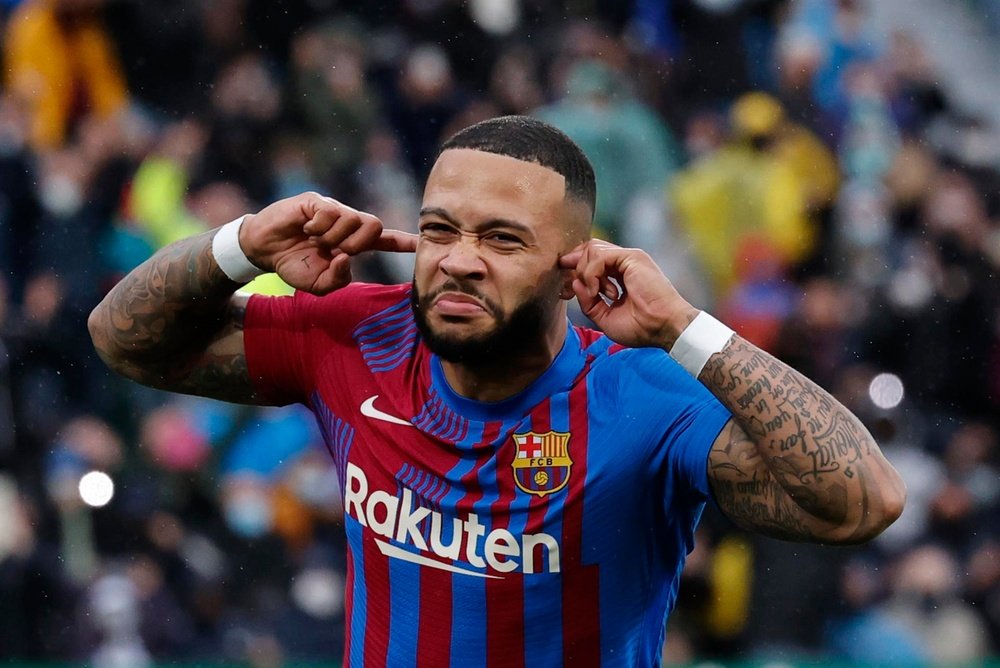 The Spaniard giant club Barcelona FC have already made a decision with Memphis Depay. Mundo Deportivo’ states that, as soon as the season is over, they will sit down to talk to the player to renew him. The idea is for him to continue, although they will listen to offers for him as the economic situation is delicate.
Memphis’ future was discussed a few days ago at Camp Nou. Barça met to discuss what to do with the striker, whose contract expires in 2023.

The club has finally decided. According to ‘Mundo Deportivo’, Barça are thinking of renewing Memphis as soon as the season ends.

The board have made the decision that, with the season now over, they will sit down with Memphis to talk about his renewal. It does not appear that he will put any obstacles in the way, as his commitment to the club is total.

The idea is for Memphis to stay in Barcelona. However, ‘Mundo Deportivo’ does not rule out any scenario. Barça will listen to offers, if they come in, for the striker. The club is not exactly going through its best economic moment and needs to fill the coffers.

In any case, Xavi is counting on Memphis. The idea is to be able to sign another striker this summer.

As for Memphis, if he wants to stay, he will have to do so with a low renewal, as the club cannot afford to pay a big amoun of money. With this move, Barça would ensure that they will not lose the Dutchman for free next year: if he then decides to leave, he will leave with a big sum in their coffers.