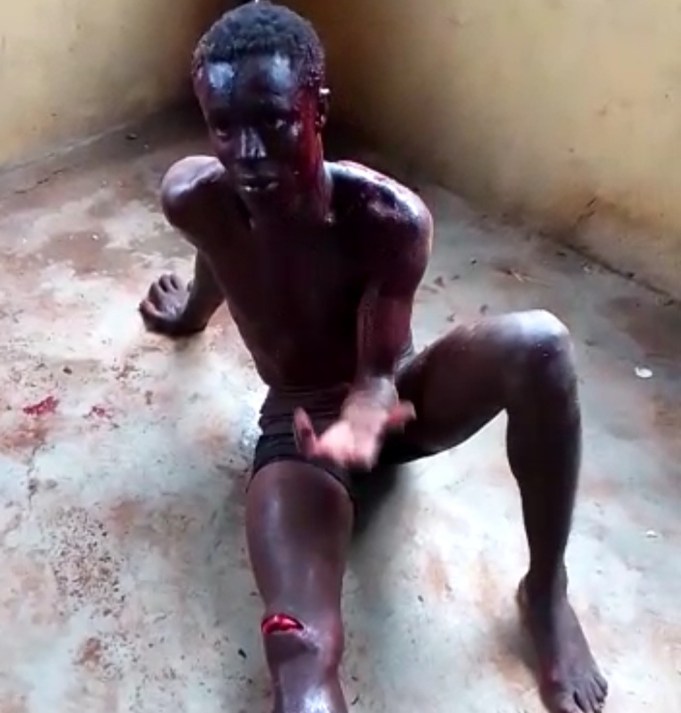 Man arrested in nekede a village in imo state for butchering a pregnant woman to death.

The suspect was caught on Sunday, June 19, by local vigilante  after he allegedly butchered a pregnant woman at No. 4 Nekede Old Road in Imo State.

Angry youth tried to burn  him alive  but the police from Ihiagwa division intervened. During questioning, the injured suspect blamed his actions on what he’d smoked.

He is later seen being led out to a police van.

However, relatives of the deceased from Ohaji Egbema refused to allow the police take the suspect. They insisted that the suspect be released to them so they can deal with him as they deem fit for killing their relative.

According to members of the community, the suspect is one of the convicts who escaped during the Imo prison break.