Popular Nigerian singer and self acclaimed were olorin , Habeeb Okikiola popularly known as portable has been spotted being manhandled by ibadan residents.

The fast rising star who is a public figure in the streets couldn’t take a breather as throngs of residents rushed at him begging for some money. 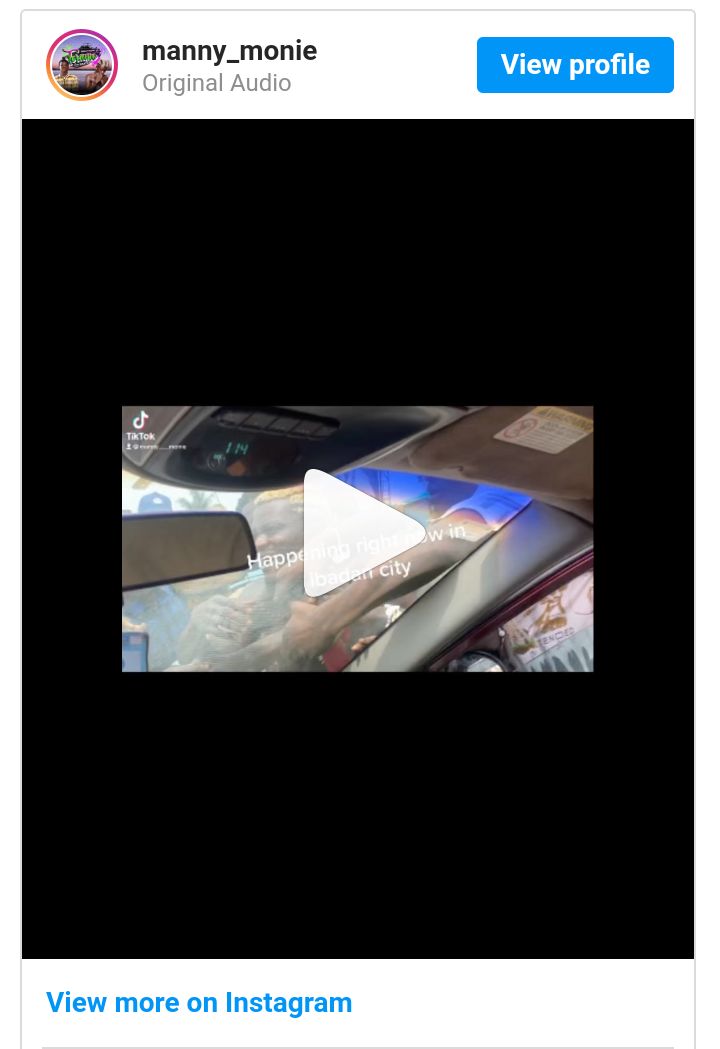 As could be seen in the viral video, the singer had a furious look on his face as this isn’t the first time he’s been mobbed by throngs of overzealous fans requesting for money.