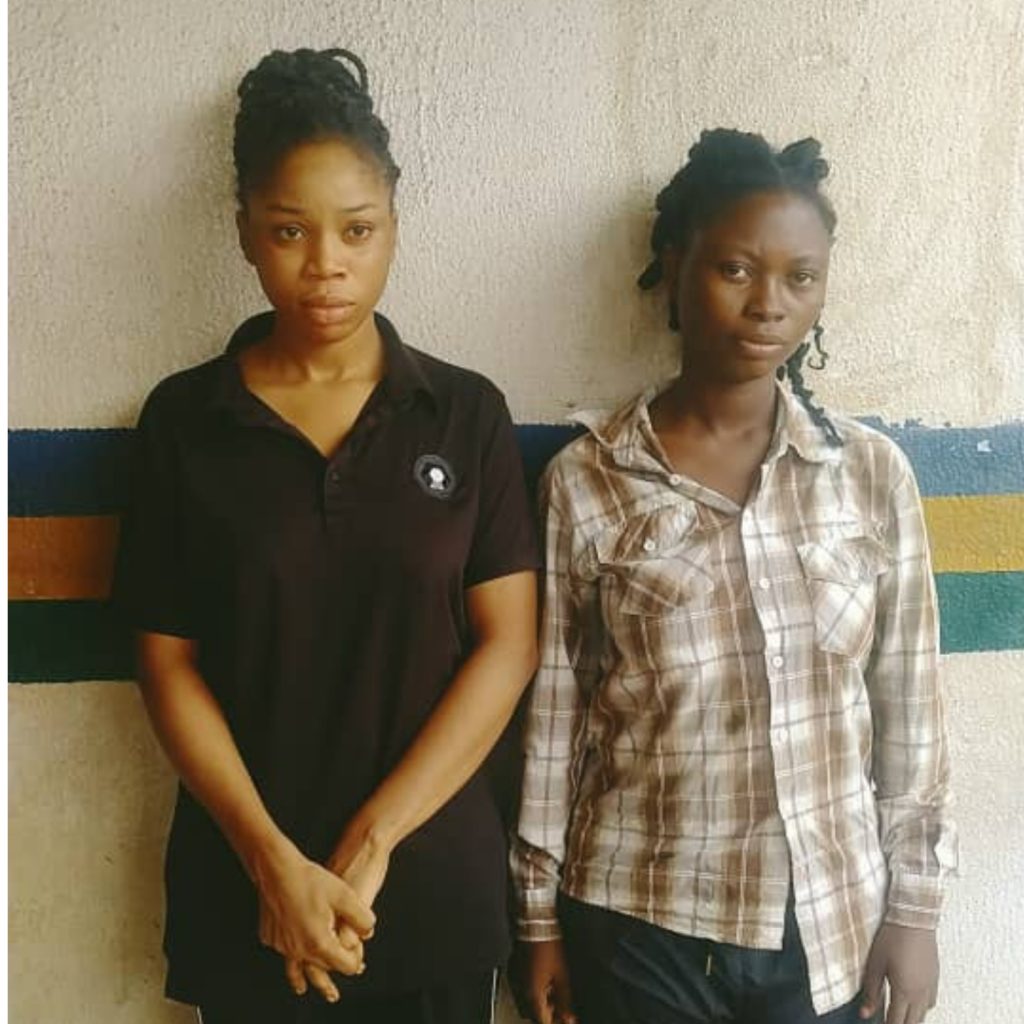 A 23-year-old mother identified as, Mary Olatayo, had sold her three-week-old baby for N600,000, the

Olatayo was reportedly arrested by the Nigerian Police on August 18, following a complaint from the father of the baby, at Mowe Divisional Police Headquarters, Ogun State.

The father of the baby had told the police that he had a relationship with her, which led to pregnancy and the baby in question.

The man revealed that when Mary got pregnant, he rented an apartment for her where she lived till she gave birth to a baby boy.
According to him, Olatayo suddenly disappeared with the baby from the rented apartment three weeks after delivery.

She was said to have relocated to a hotel, where she had gone for a ‘hook up’ with another man.

“All efforts to know where the baby is proved futile,” Ogun police spokesman, Abimbola Oyeyemi, quoted the man as saying.

Oyeyemi informed that the DPO of Mowe Division, SP Folake Afeniforo, acting on the report, detailed detectives to the scene, and the suspect was arrested.
While being interrogated, Oyeyemi said Olatayo “confessed to the police that she has sold the baby to someone in Anambra State at the rate of six hundred thousand Naira. She confessed that it was her friend, Chioma Esther Ogbonna, who led her to the buyer in the state and that they both shared the money equally.”

Police investigation, Oyeyemi hinted, had revealed that Olatayo a native of Omu-Aran in Kwara State “is a call girl who sees the baby as a disturbance to her business, hence she decided to do away with the baby.”

He added that Olatayo had an accomplice in Imo-born Chioma, “who quickly contacted the buyer in Anambra State.”

Meanwhile, the Commissioner of Police, Lanre Bankole, has ordered the transfer of the suspects to the anti-human trafficking and child labour unit of the State CIID for further investigation.

CP Bankole also directed that everything legal must be done to recover the sold baby.