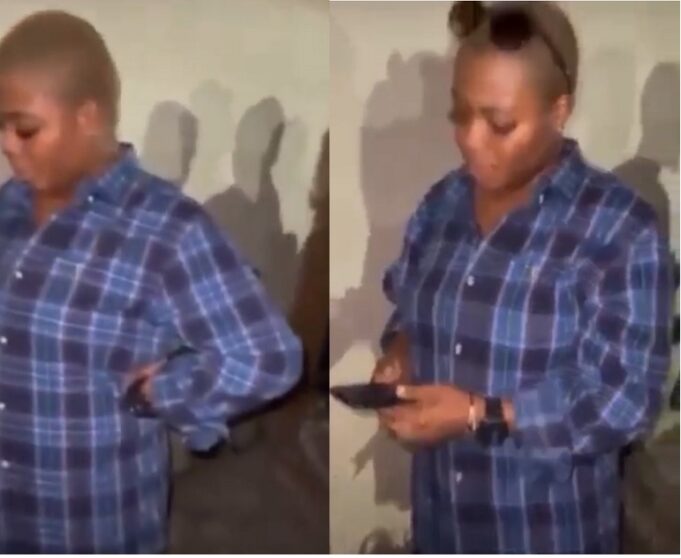 A lady who was out partying all night has been nabbed after she tried paying for drinks with a fake debit alert.

A video going viral on social media shows the lady frantically making some calls in order to get out of the mess she’d involved herself.

DAILYGISTHUB gathered that she ran out after buying the drinks. Police officers were later seen leaving with her after she couldn’t pay for the drinks.