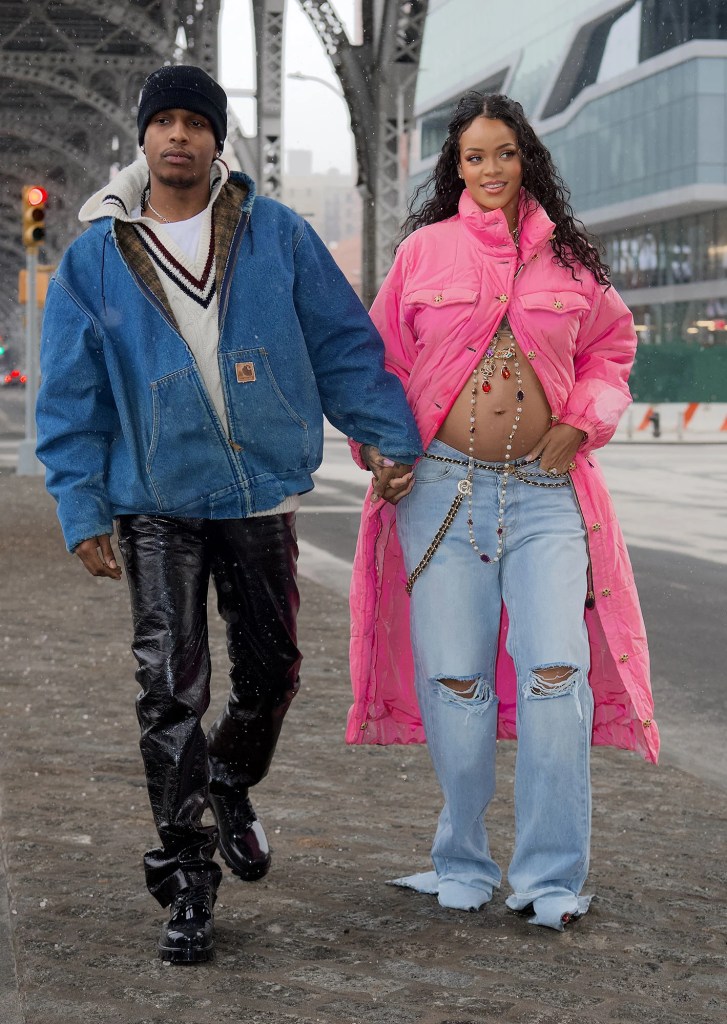 Rihanna  delivered  a baby boy on May 13 in Los Angeles, TMZ reports. The baby’s name is unknown yet, and the new parents have not released a statement.

Rihanna’s pregnancy became a Global news in late January after photos emerged of the singer, 34, proudly displaying her baby bump as she went for a stroll with Rocky, 33, in Harlem.

A month before the big reveal, Rihanna had sparked pregnancy rumors while dining at Carbone, as eagle-eyed fans observed that she was “quite clearly drinking sparkling water and openly rubbing her baby bump.”

Rihanna also made the news for her daring refusal to wear the conventional maternity dresses during the course of her pregnancy.

She once told Vogue;

“I’m sorry — it’s too much fun to get dressed up. I’m not going to let that part disappear because my body is changing.”

Congratulations to Rihanna and A$ap.