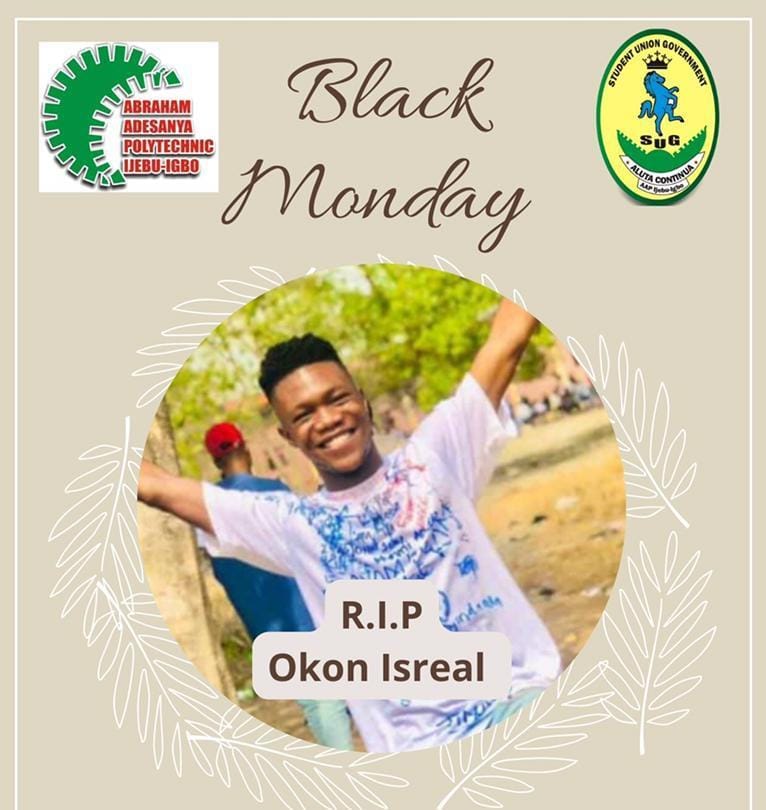 A student of the Abraham Adesanya polytechnic ijebu Igbo from the computer engineering department has been reportedly poisoned during merriment by his friends.

Okon isreal who has once served as the sug social director 2 was poisoned and gave up the ghost before the commencement of proper medical attention.

The former student Union director of media, Comrade Daniel Joseph said in his interview with DAILYGISTHUB correspondence that the incident was first of it kind in the history of AAPSU.

In responding to this , the former vice president of the student Union government, comrade Afolabi Adedayo said it was not just a loss to his family but to the entertainment industry at large.

The Nigerian Police urged all students to remain calm as the necessary actions will be taken to get the perpetrators of the evil act and bring the culprit to book.