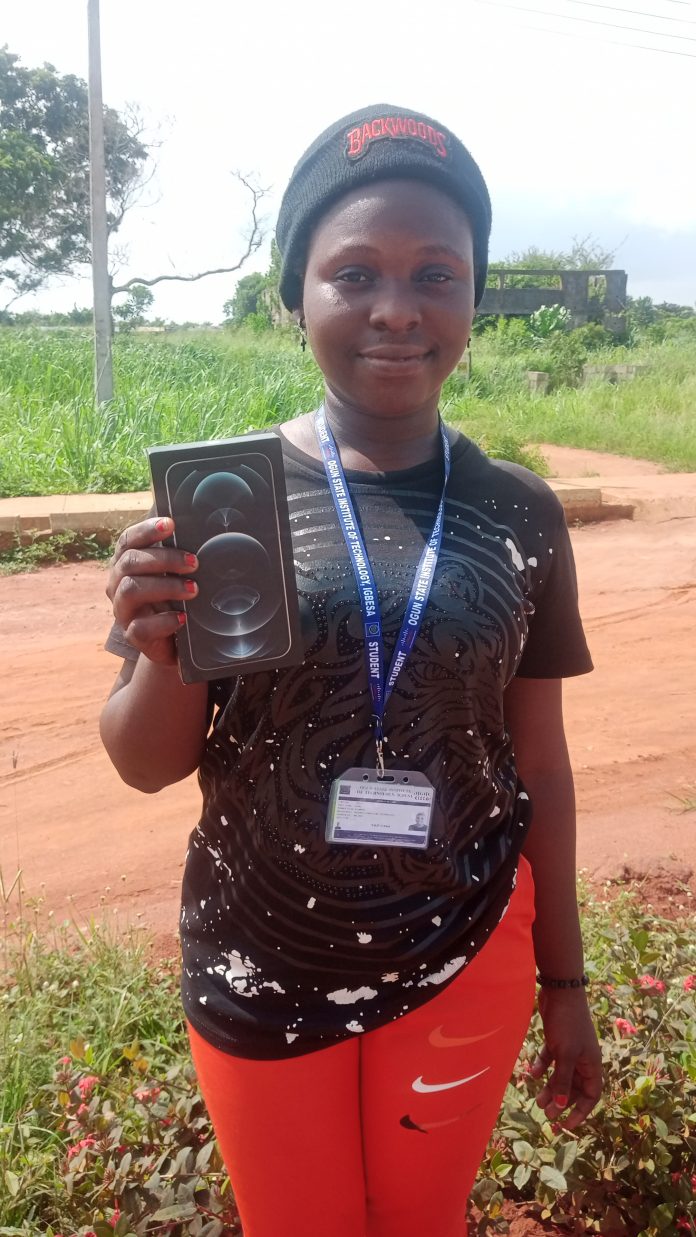 Janet odion a  student of the Ogun State Institute Of Technology, Igbesa from the Science Laboratory Department (SLT) got compensated with a brand new iPhone 12 pro after a stranger smashed her phone before her face.

According to her statement during interview  with our correspondence “I was seating down under a shade in Mass Communication department, when a stranger approached me and collected my phone then smashed it”.

During an interview with our correspondent, she said ” I slapped him twice then he put his hand inside his bag then gave me iPhone 12 pro”

She stressed furthermore that, “I was so happy, surprised, when he gave me the phone because I was not expecting it”.
Janet finally said, ” I would have felt bad if I wasn’t given the phone.