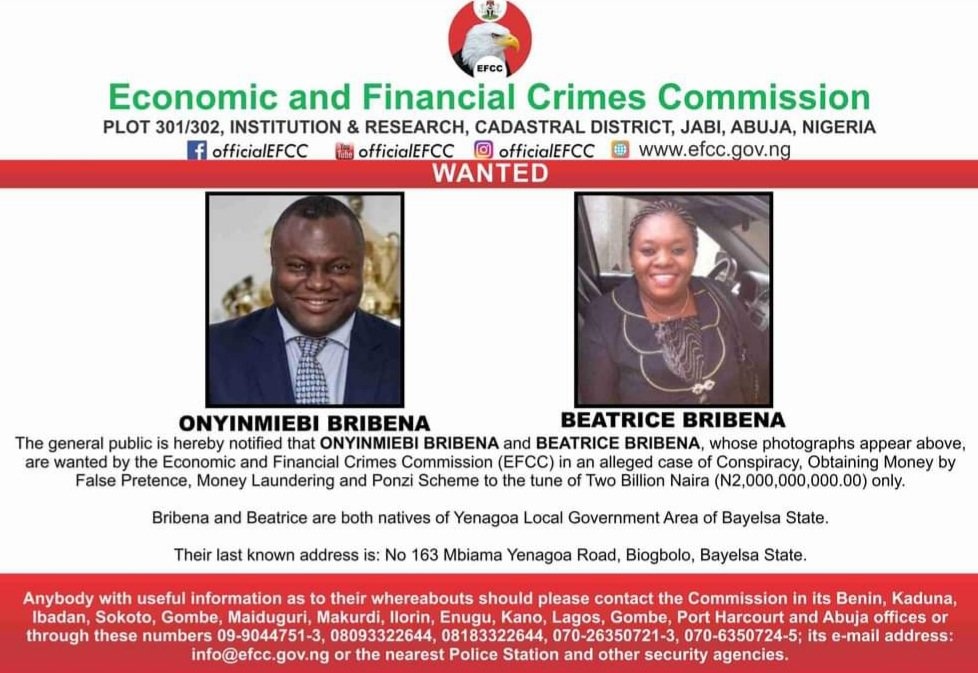 EFCC is searching for the duo over alleged fraud to the tune N2billion.

The Bribenas are the promoters of Baraza Multipurpose Cooperative Society Limited.

He is accused of scamming thousands of billions of naira after promising a 25 percent Return on Investment (ROI) monthly.

In 2021, the victims repeatedly visited the company’s headquarters on Otiotio Road in Yenagoa to seek a refund. The EFCC has sealed the building.

The company also has branches in Port-Harcourt, the Rivers capital, and some other parts of the country.

Baraza had informed investors it was trading with their money on forex platforms but stopped after it could no longer pay returns.

Last July, Bribena released a video to debunk speculations that his health and business were failing.

“Ignore such news. If I did not faint since, is it now that I will faint? I don’t know whether some people are angry that Baraza could bounce back”, he said.