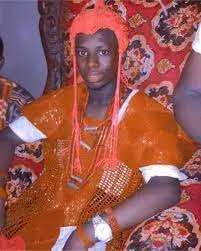 Akinghare 11 is the youngest monarch in the country. His appointment was ratified by Governor Rotimi Akeredolu in 2019, following a process overseen by kingmakers in the community when he was 16 years old, and after the demise of his father.
.
.
Akinghare 11 was in secondary school then. Now he just finished and aged 19.
The young monarch is the only son of his father, and it was believed in the community that if his installation was delayed till he was of age.

In a chat with Vanguard News, he rebaked his relationship with female friends. He said, “I have a lot of them, but I want to grow a bit older and get more mature before I get involved with women, l mean get married. For now I don’t really like to talk to girls, so to woo a lady is hard for me because if you see me you will know I am a shy person.