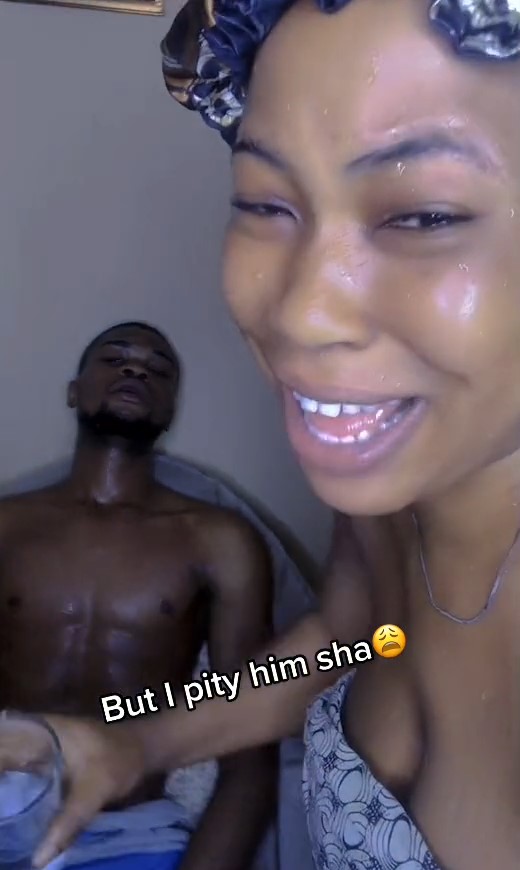 A lady was apparently boasting when she made a video to show the tired state she left a man in after she’d warned him about getting knocked out if he engaged in sex with her.

The lady made a video showing a quite tired-looking man, sweating and panting on a chair as she revealed that the sex they’d just had was what left him in that state.

According to her, she’d warned him of getting knocked out prior to their intercourse but the said man refused to believe and went on to have coitus with her.

In the video, she’s seen trying to give him water to drink but due to his tired state, he couldn’t even take a sip — gloating about this, the lady then goes on to say she’s fvcked him to the point where he can’t even drink water. 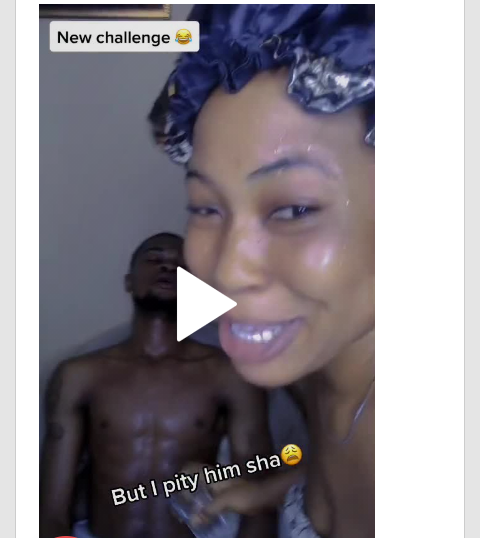 The video which was supposedly shared by the lady has the caption “I pity him sha“.