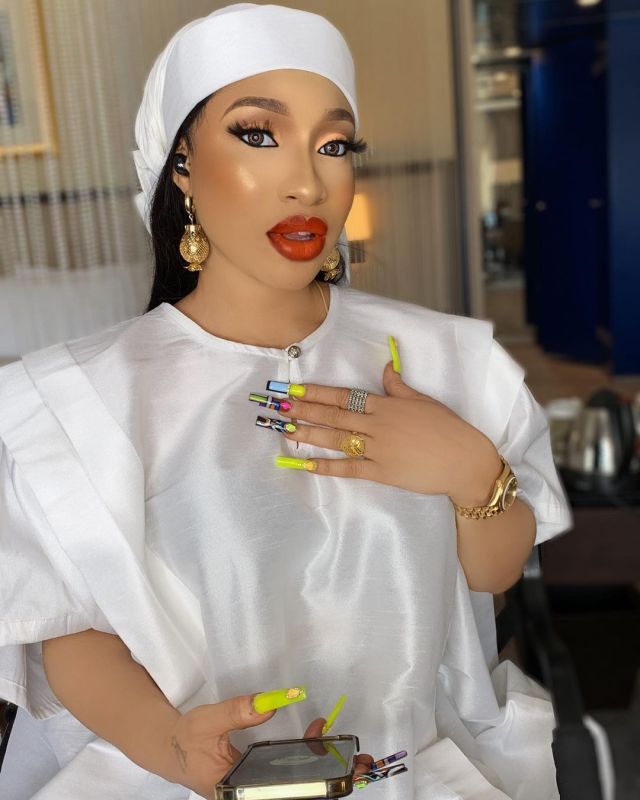 Popular Nigerian actress, Tonto Dikeh has reacted to the criticisms she received for gloating over the demolition of her ex, Prince Kpokpogri’s house.

Kpokpogri had gone online on Saturday, May 14, to lament bitterly after the gate and fence of his mansion was demolished on the orders of the Federal Capital Development Authority, FCDA.

In reactions to this, Tonto Dikeh took to her Instagram page to state that he messed with the wrong woman and he deserves everything he is facing.

Tonto Dikeh writes
A lot of people berated her for celebrating over the misfortune of her ex, stating it’s wrong regardless of what transpired between them in the past.

Well, the 36-year-old actress has fired back at those judging her as she states that anyone who expects her to stop mocking him is a joker.

Read as she wrote below,

“Anyone waiting for me to stop laughing is a complete joker.
I can’t and will never sympathize with this man. It’s his cross, he should carry it. This man almost killed me financially, emotionally and otherwise (If I had committed suicide after he threatened to expose our explicit tape or even when he released the crying audio. It would have been two weeks of good byes and the world moves on.
People need to understand that karma exist and I hope it’s not the last until he does the right thing!!

Make I sleep small I Will come back and do saraka for this my joy!!
Don’t miss it.

I ain’t no pretender. Most you losers will do what am doing times 10 in privacy!!!
If that’s you, which is 99% of the clowns judging me.. you are a coward

I am rejoicing to the karma of Kpokpogri and ain’t nothing no one can do!!”