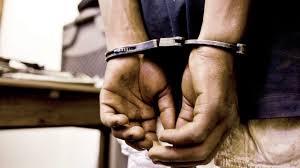 A Nigerian grandmother identified as Florence Olaloye, 66, had been murdered at her home in the Labeta in Sabo axis of Ondo town in the Ondo West Local Government area of the State.

One of the grandchildren of the deceased was responsible for her death.

The suspect’s continuing and persistent smoking of Indian hemp had been the source of ongoing disputes between the deceased and the suspect.

DAILYGISTHUB gathered that Before the tragic incident, the grandmother was cooking while she asked one of her grandchildren, Pelumi, to the market to buy snails.

Pelumi stated that when his brother asked for iron as he was ready to leave the house, he was astonished to see the elderly woman in her pool of blood when he got home from the market.

“I was about to leave the house when my brother, Vincent, came in, to iron his clothes and I immediately went inside the room and gave him the iron and I left to get the snail.

“When I came back, my brother was still in the room with my grandmother. She asked me to bring firewoods but when I came back, I met grandma on the floor in the pool of her blood.”

The suspects have been detained, according to State Police Public Relations Officer (PPRO) Funmi Odunlami, who confirmed the development when reached.

Odunlami gave the assurance that the police command will look into the situation.