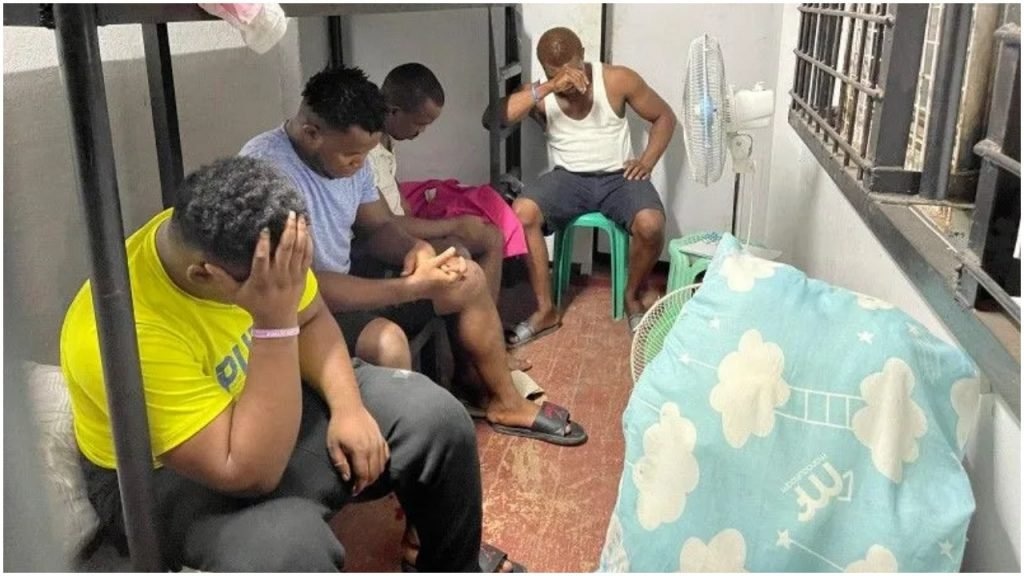 Four Nigerians have been arrested by  the National Bureau of Investigation Cebu Division Office (NBI CEBDO) in Philippines for allegedly falsifying government IDs and other documents to be used for online scams.

They were arrested after the NBI agents swooped down on a house in a subdivision in Barangay Marigondon, Lapu-Lapu City.

The four Nigerians will be facing charges of multiple counts of falsification of documents.

The operation was carried out after the girlfriend of one of the suspects sought the office’s assistance because she was allegedly persuaded by the suspects to facilitate the production of fake identification under her name.

After obtaining fake IDs, she was compelled by the suspects to open several bank accounts that will be used as means to facilitate transactions relating to an online scam.

Agent-in-charge, Arnel Pura mentioned that they will be coordinating with the embassy of Nigeria in Manila to know the backgrounds of the suspects.