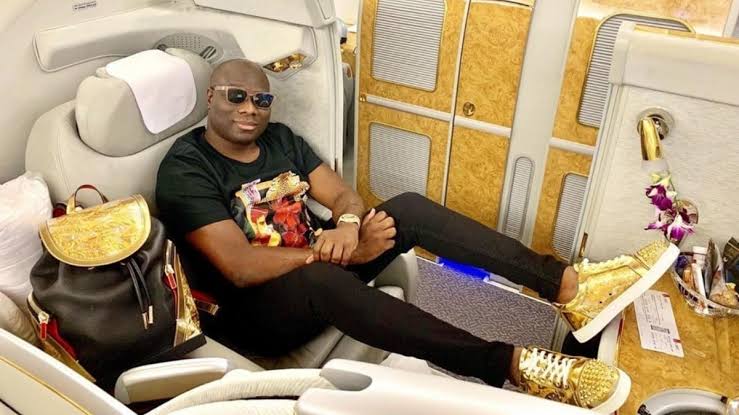 Popular Nigerian Socialite Mompha has disclosed how EFCC extorted my co-accused and declared him wanted because he refused to settle them.

DAILYGISTHUB gathered that after his arrest and arraignment on the first case at the federal high court Lagos, on the 10th of December 2021, the court gave him judgment and ordered EFCC to release his wrist watches and other valuables in their custody to him for been unlawfully seized.

Being a bitter agency, the EFCC in dissatisfaction with the judgment of the court on the release of my wristwatches came up with another trumped up charges against me.

On the 10th of January 2022 while he was at there office at Okotie Eboh to retrieve his wristwatches in compliance with the judgment of the court and immediately after collecting his wristwatches, they held him down at their office and charged me to court the following day on the frivolous charges. He was arraigned before a familiar Judge to the EFCC and in effect he was given a very difficult bail to meet as a result of which he ended up spending over two months in prison custody while making efforts to meet the difficult bail.
After several attempts to meet the bail conditions failed, he successfully applied for the bail conditions to be reduced which  eventually led to my release. Upon his  release he traveled outside Nigeria to
check on the welfare and wellbeing of his  family and returned to Nigeria shortly only for the EFCC Corrupt lawyer, Rotimi Oyedepo rather than focus on the establishing his criminal case against him along with the EFCC operative Kaina Garba, chose to capitalize on the fact that he travelled to blackm@il him into plea bargain with EFCC .