Funsho Adeoti, the first wife of Mercy Aigbe’s husband, Kazim Adeoti, has called the actress and their husband out on social media.

The mother of four, via her Insta-stories on Sunday night, issued a stern warning to Mercy Aigbe and her husband.

She didn’t go into detail about the warning, but she emphasized that her husband and his new wife, Mercy, should stop pushing her. She also gave a 12 hour ultimatum to them to take down a post.

This comes after Mercy Aigbe took to her Instagram page to share loved-up photos with her husband, and also a video of herself that was taken in Kazim’s home.
In light of this, Netizens speculates that the post Funsho is asking Mercy Aigbe to take down is the video of herself in the house she (Funsho) and Kazim reportedly built together.

A while ago, Funsho took to social media to share her thoughts on polygamy.

She agreed with socialite Cubana Chiefpriest on Instagram that polygamy is dangerous and can kill an entire generation.

Chiefpriest in an Instagram post opined that polygamy is a huge problem that ends up destroying an entire generation with hate, competition, and jealousy.

Oluwafunsho, who agreed with his stance, shared a screenshot of ChiefPriest’s post on her Instagram page and wrote, “Nothing but the truth.” 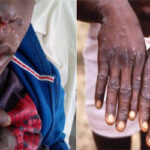 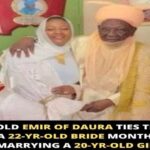