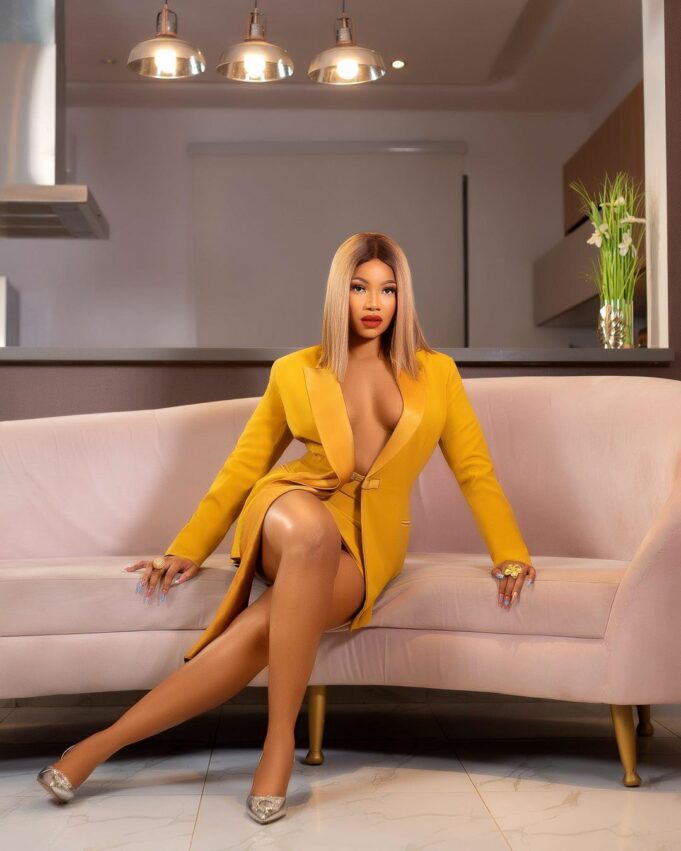 The season 7 of the biggest Reality Show in Africa, Big brother naija has officially commenced and conversations have been buzzing on social media timelines.

One of the most controversial and popular reality star the TV show has produced, Natacha Akide, has asked the organizers of the show to seemingly pay her because of the blueprint and strategy she brought to the show during her time.

Tacha was disqualified during the “Pepper dem” season due to what some people described as “Volatile” character and other misdemeanours.

She eventually went on to become a successful celebrity after her participation in the show but she can’t help but notice that there’s always a ‘Tacha character’ in the seasons that have followed.

She made a video saying;

There’s an email on my bio, put the call through, do something, let’s work this year.

As long as it is business, I am humble like that