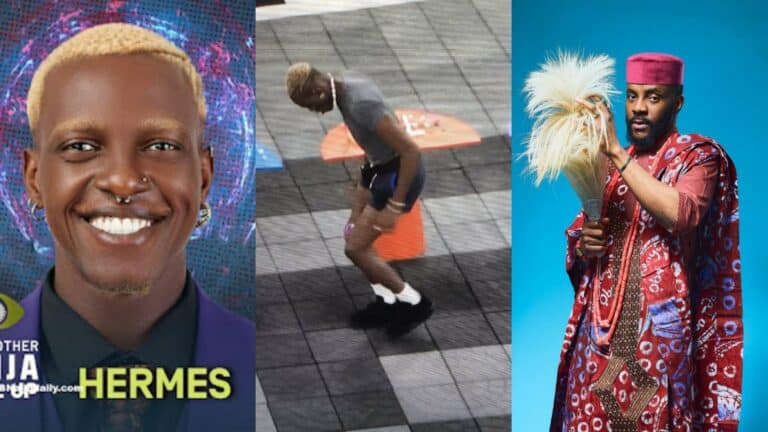 Big Brother Naija housemate,Hermes as emerged as this week’s Head of House after winning the House game.

The Biggest reality show in Africa, BBNaija Season 7 housemates were put to the task of filling a basket with a ball.

Hermes was able to sink eight balls more than the rest – Dotun had three and Cyph three as well– henceforth making him the winner of the game.

Unfortunately for Chichi due to her low performance in the game, she is the first Tail of the House for this week.