Popular Nollywood actor Lateef Adedimeji has been trending on and off social mediaafter he and Yoruba actress Adebimpe Oyebade revealed their plans to get married.

Lateef and Bimpe are popular for sharing photos of them together, which has always given a clue that something was on between the two movie stars, but as of then, they had always waved it off.

However, their plans to eventually settle down didn’t come as a surprise to many as it was expected, and their colleagues, as well as fans and followers, have simply taken to their various social mediaaccount to congratulate and celebrate with them.

Lateef Adedimeji is known for versatile roles in movies as he acts in both English and Yoruba movies. He played the lead role in Tunde Kelani’s movie Ayinla which was released this year.

He is known for acting in the Yorubalanguage and also playing the role of an Igbo man in movies.

Lateef and Adebimpe once acted the roles of lovers in her movie title Adebimpe Omooba. The two were also cast in the movie The Cokers, among others.

To know more about Lateef Adedimeji, continue reading this article.

His full name is Adetola Abdullateef Adedimeji, and he was born on the 1st of February 1986 in the Isolo area of Lagos state. There are no details of who his parents are, but the records revealed his mother, Kudirat Adedimeji is a trader from Oyo state.

Lateef Adedimeji has five siblings and is the 4th child of his parents. He is a Nigerian by birth and celebrated his 35th birthday in February 2021. 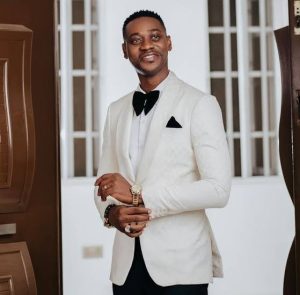 Upon completion of his secondary education, Lateef Adedimeji proceeded to the Olabisi Onabanjo University Ago Iwoye in Ogun state, where he bagged a bachelor’s degree in Mass Communication.

Lateef Adedimeji started acting in 2007 but didn’t make it to the limelight until he acted his first major role in Yewande Adekoya’s 2013 movie titled Kudi Klepto.

Even since then, Lateef Adedimeji has been able to build on the fame and has acted in over 100 movies.

The Isolo born actor is usually mistaken to be a relative of popular actor Odunlade Adekola due to the uncanny resemblance; however, they are not related.

Apart from acting, Lateef Adedimeji is a singer and also a brand ambassador for Airtel and Numatville Megacity. 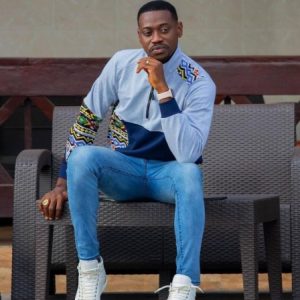 Lateef Adedimeji was rumoured to be in a relationship with actress Bukunmi Olushina after photos of them surfaced online, but the two has since debunked the rumours. He is, however, set to get married to actress Adebimpe Oyebade.