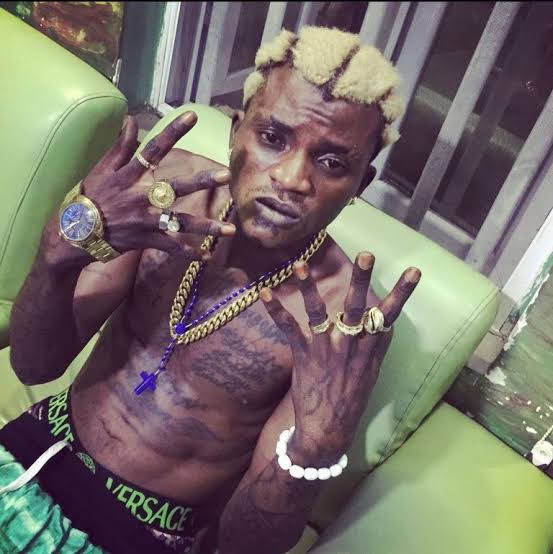 Popular Nigerian singer, and self acclaimed “werey olorin”  Habeeb okikiola popularly known as portable, was involved in another car accident barely three months after surviving one.

In March, Portable took to social media to thank God for his life after he rammed his Range Rover into a building’s railing.

According to him, the accident was an attack by some spiritual forces.

He has once again taken to Instagram to thank God for preserving his life after his car was involved in a crash earlier today.

Sharing a video of the accident scene, the Zazu Zeh star claimed his enemies are trying to kill a superstar.