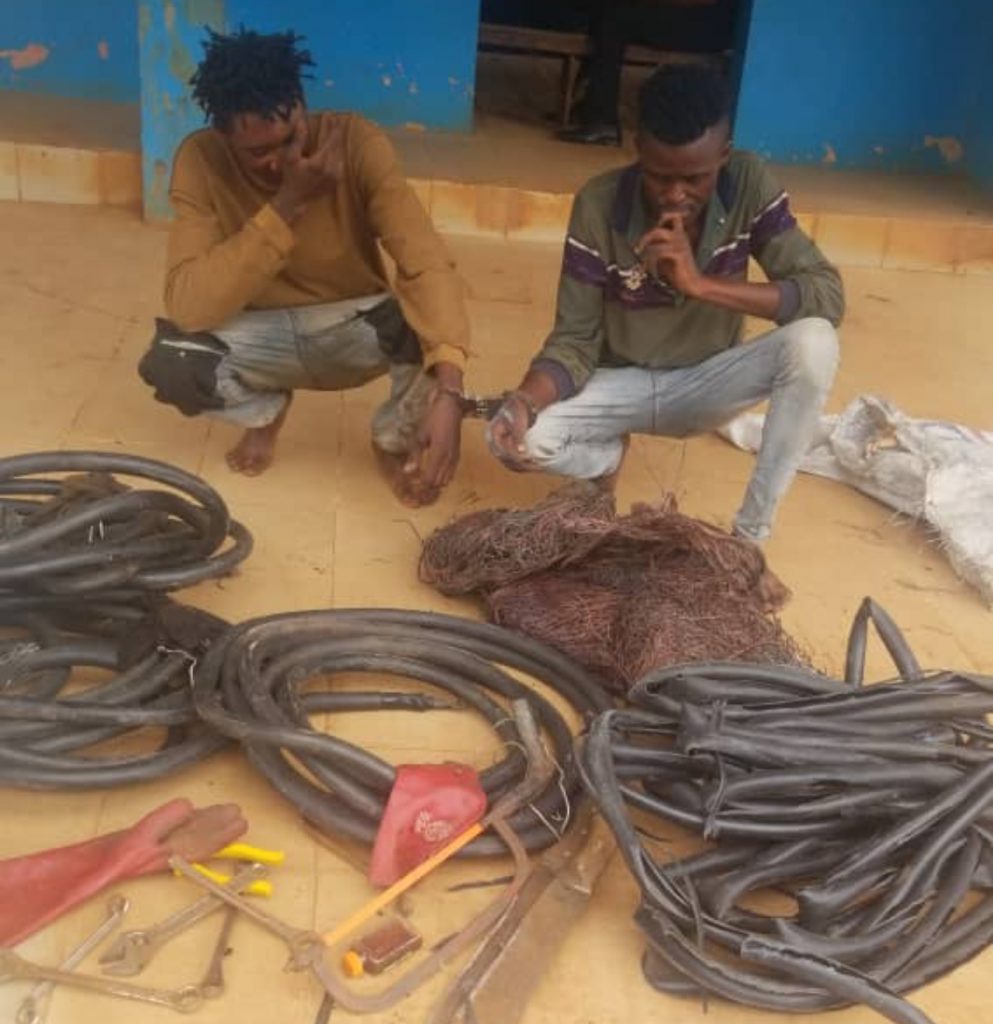 DAILYGISTHUB gathered in Abeokuta on Monday that the duo was arrested following a distress call received by the DPO of Igbeba divisional headquarters from local vigilantes.

Oyeyemi told newsmen in Abeokuta on Monday that the duo was arrested following a distress call received by the DPO of Igbeba divisional headquarters from local vigilantes.

At about 2 am, the local vigilantes at Olisa area of Ijebu-Ode, were said to have raised the alarm that “some vandals were carrying out their nefarious activities at an IBEDC transformer in the area.”

Upon the information, Oyeyemi hinted that the DPO Igbeba, CSP Musiliu Doga, immediately led his patrol team to the area.

Our correspondence discovered that Odogwu Wisdom, who was with a motorcycle was reportedly arrested with cables already cut from the electricity transformer, while his other colleagues escaped.

During interrogation, Odogwu Wisdom had confessed before the police that he and his gang specialised in stealing electric cables, mentioning Akorede Aregbe as one of the receivers of their stolen cables.